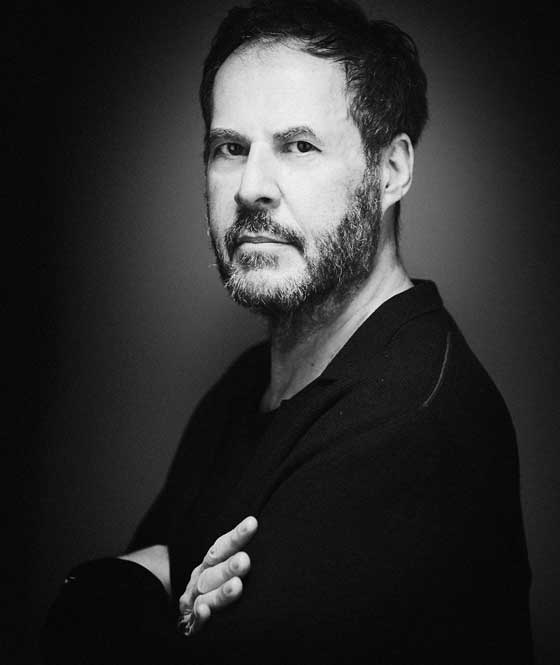 The Practice, based in Bologna, employs a team of architects and engineers from many countries around the world and has a solid experience in architectural design, with particular attention to energy and environmental issues, industrial design and technological research. Collaborations with several universities and research programs of the European Commission are most active. The founder, in 1999, is Mario Cucinella. Born in Italy in 1960, he graduated in Genoa with Giancarlo De Carlo in 1986. From 1987 to 1992 he worked in Renzo Piano's studio in Genoa and Paris, as project manager. He is now amongst the most influential architects practicing in Europe, with multiple award-winning international design projects. Not only his work is lauded for design excellence, but he is an undisputed leader in sustainable practices.

Among his most significant achievements: the Sino Italian Ecological Building (SIEEB) in Beijing, the new headquarters of the Municipality of Bologna, the Center for Sustainable Energy Technologies (CSET) in Ningbo, 3M headquarters and Unipol headquarters in Milan and the Kuwait City School, in Gaza, developed in partnership with UNRWA (the United Nations Relief Agency for Palestinian and Middle Eastern Refugees and Refugees). 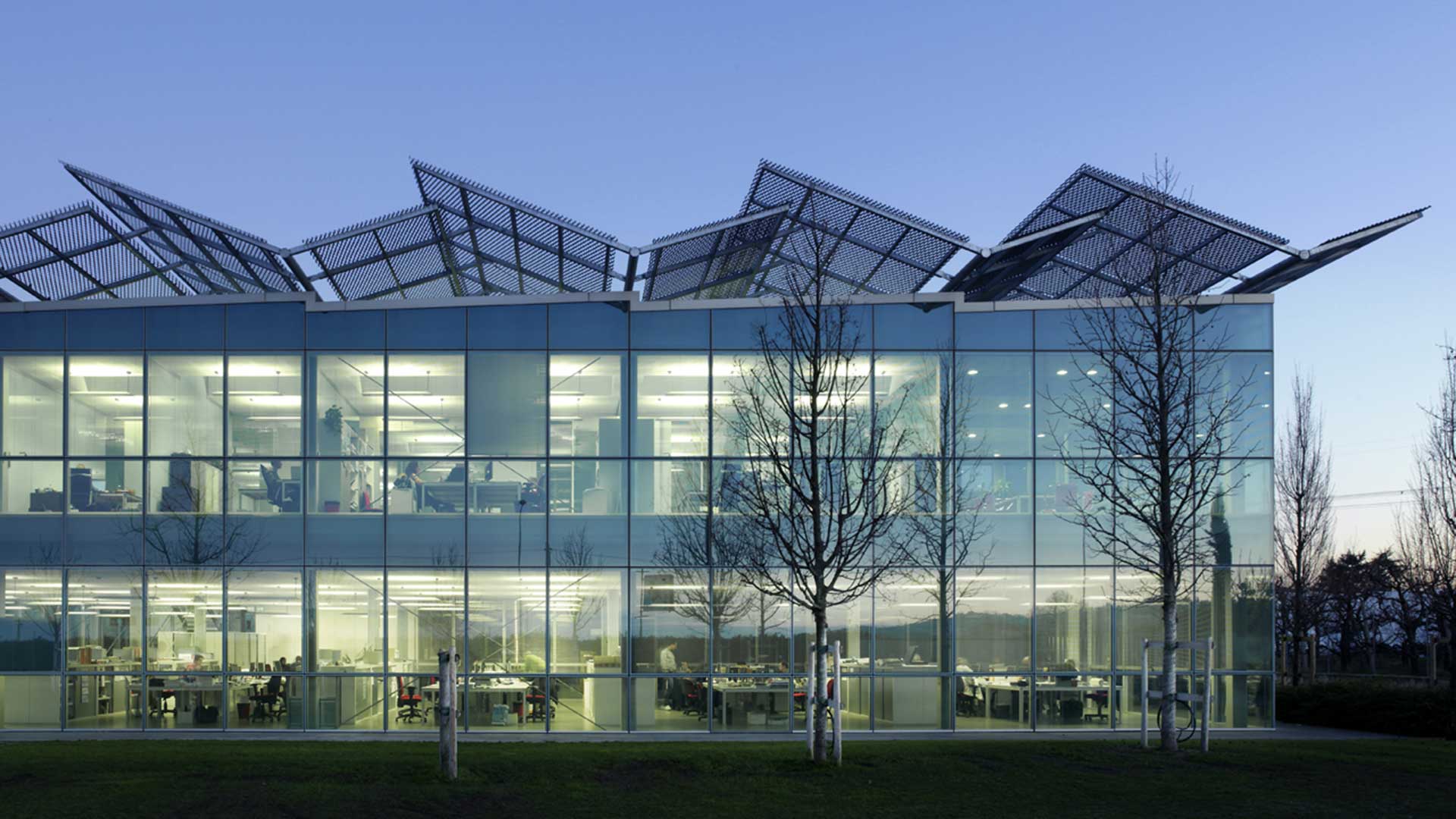 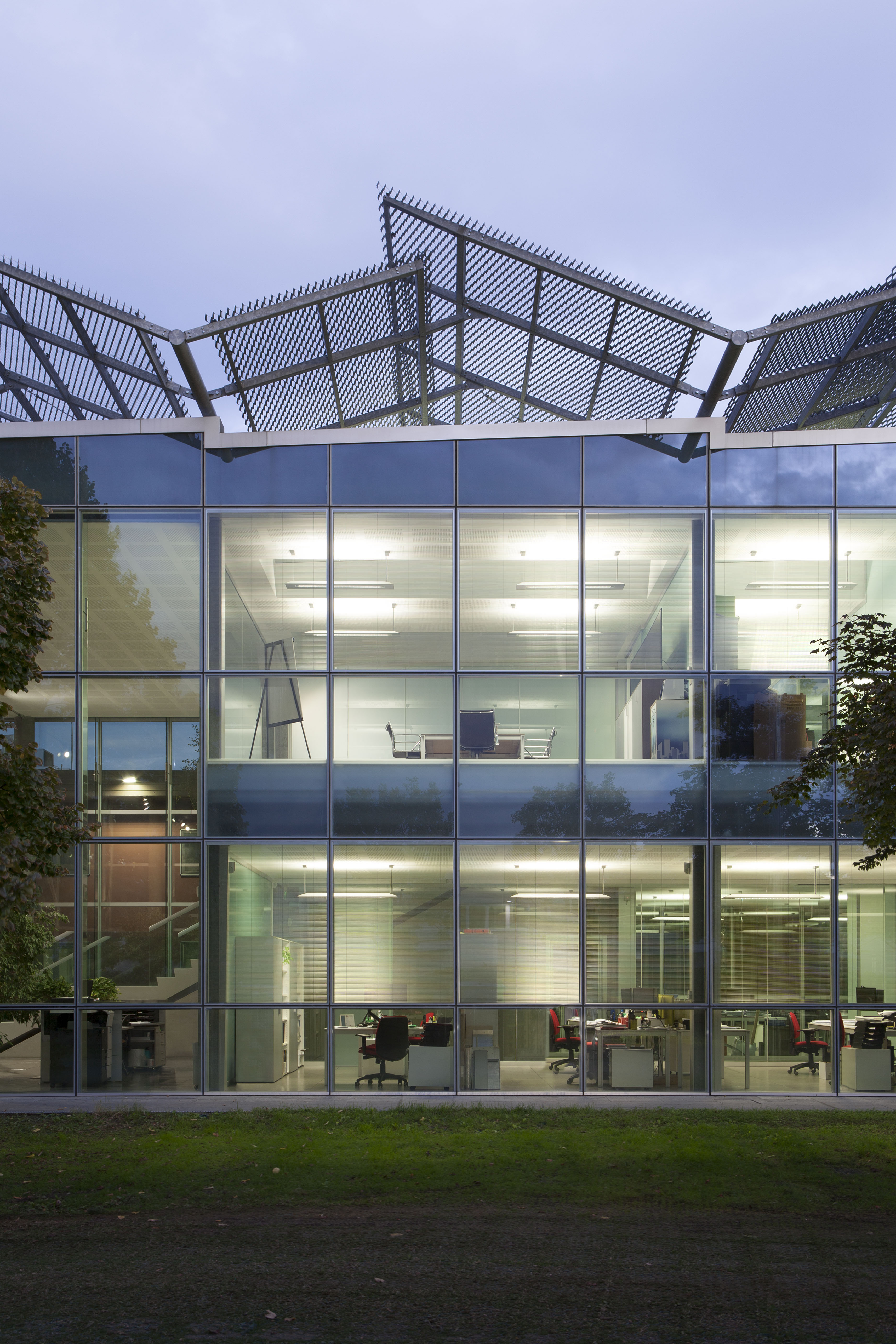 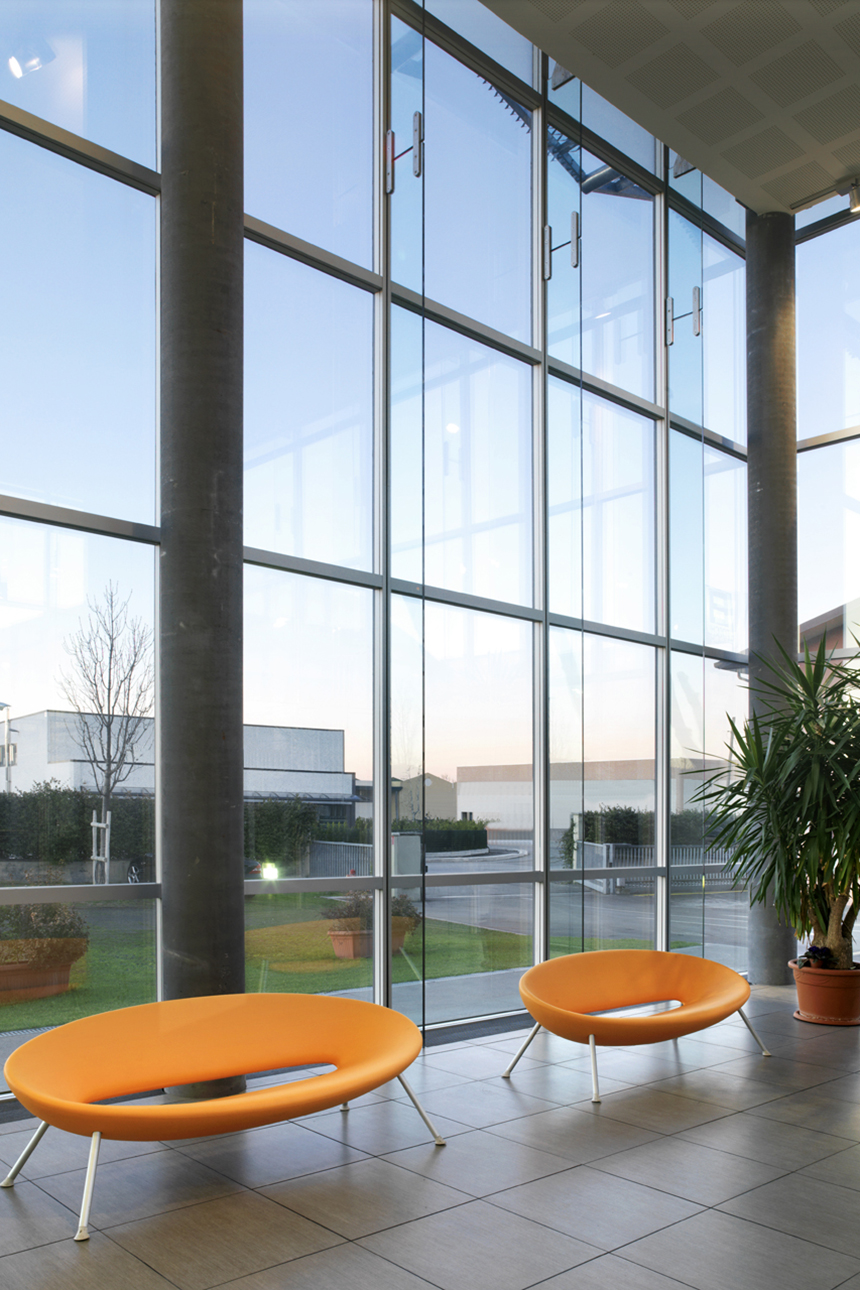 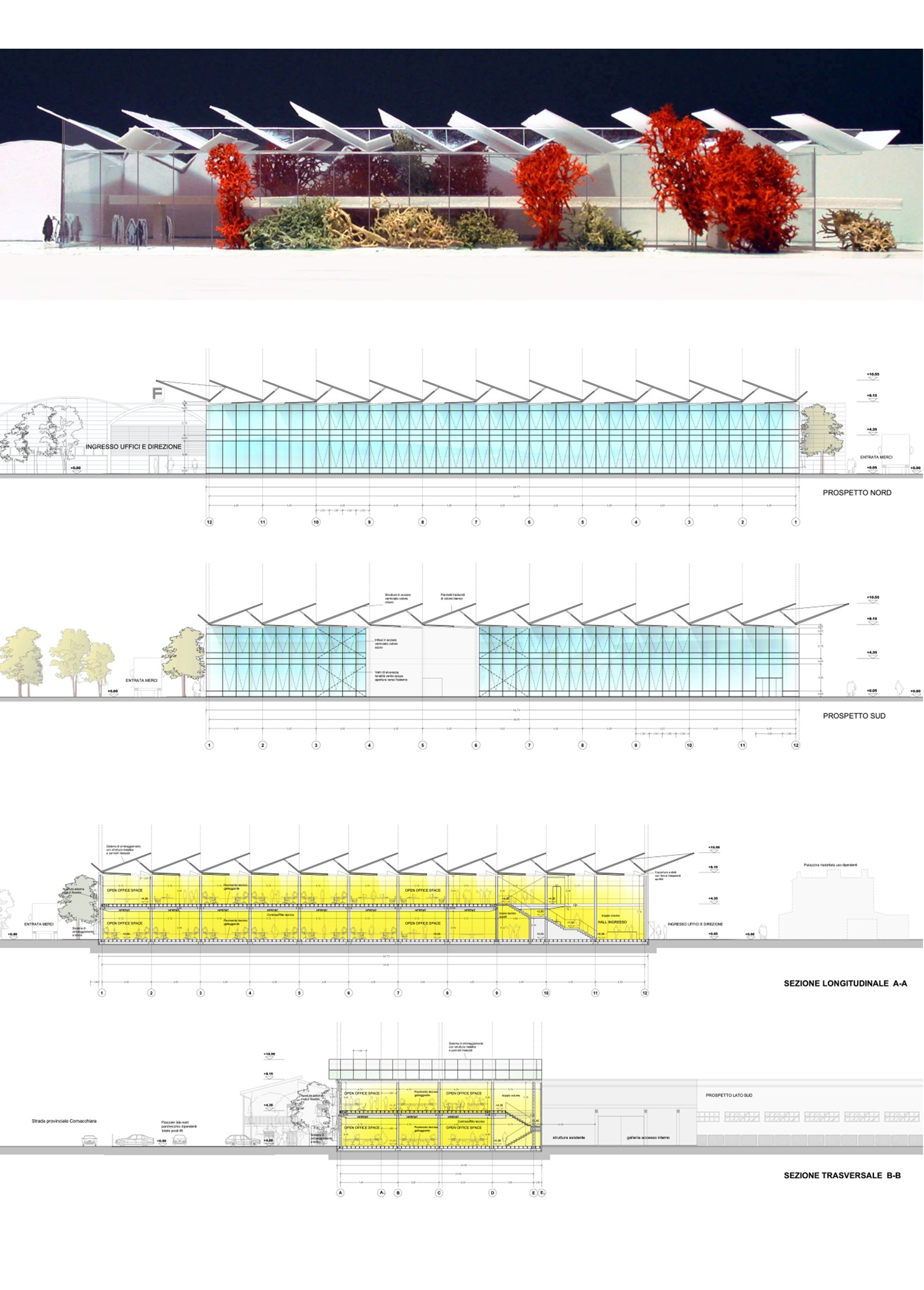 The façades system developed for this project consists of a stick curtain walling with structural silicone glazed modules which are mechanically fixed to the grid. The aluminium mullion performs only safety and sealing functions of the building envelope, while the structural part is fulfilled by glazed fins characterised by lightness and transparency, which can also be used for double-height facades as the atrium.

Starting from 2016, the building underwent a series of interventions to create an integrated facade-plants-BMS solution, thus making Focchi headquarters a living lab for the study and prototyping of integrated solutions.

Focchi's specific knowledge of the façade world together with that of the management and control of the building, has allowed to combine the façade components with the hardware ones (façade with integrated sensors and actuators including the management of fan coils inserted in the façade and environmental sensors) connected with a software system (BMS wired with the façade and the sensors in the room), in order to provide a reliable solution, with energy and comfort performance validated and easily scalable in other similar buildings. In this way the building exploits the facade as an interface and environmental management element, working in connection with the heating / cooling system, the lighting system and other automatisations that can be implemented on the facade by controlling and measuring the environment to ensure energy savings in the building, and increasing user’s comfort. 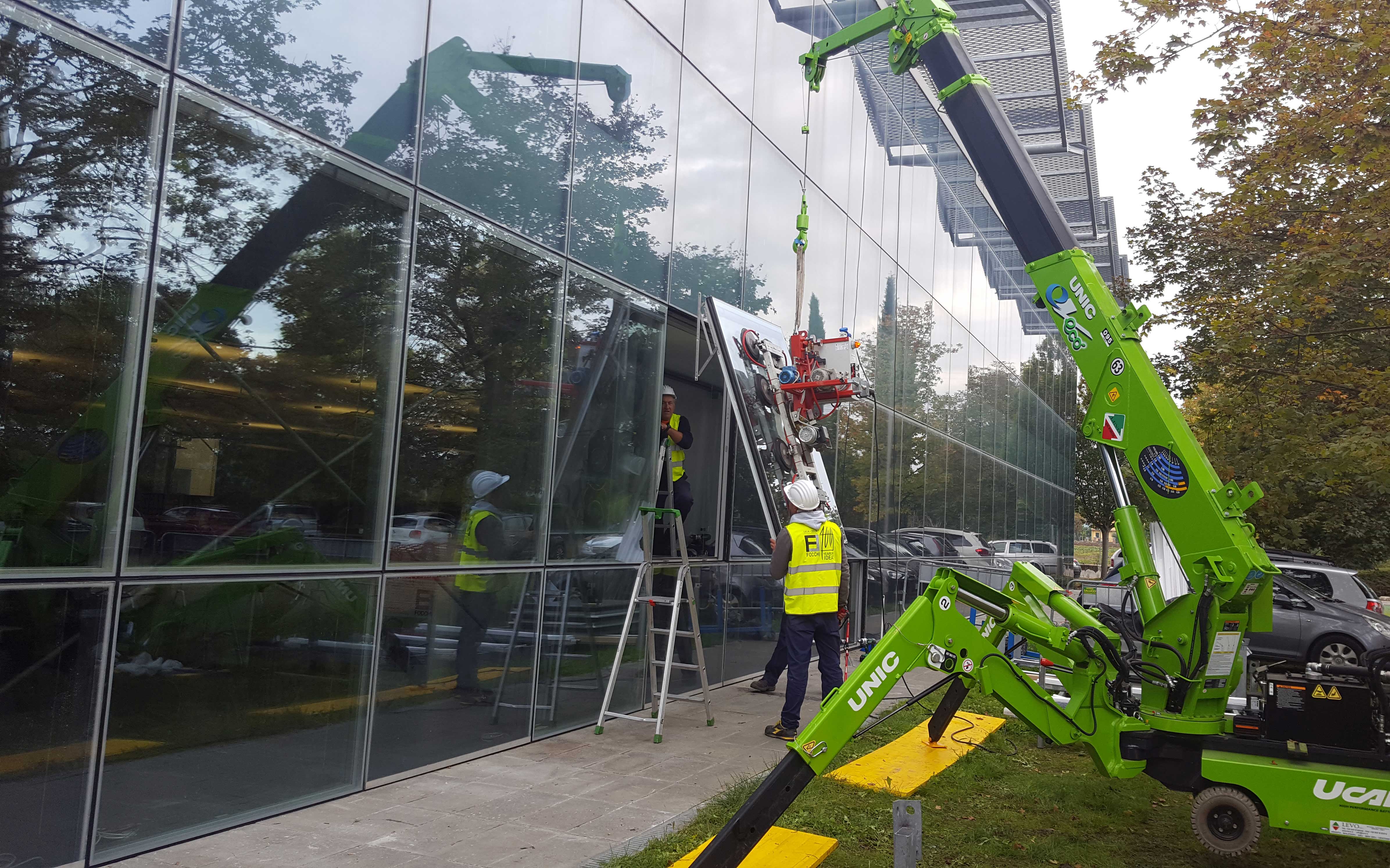 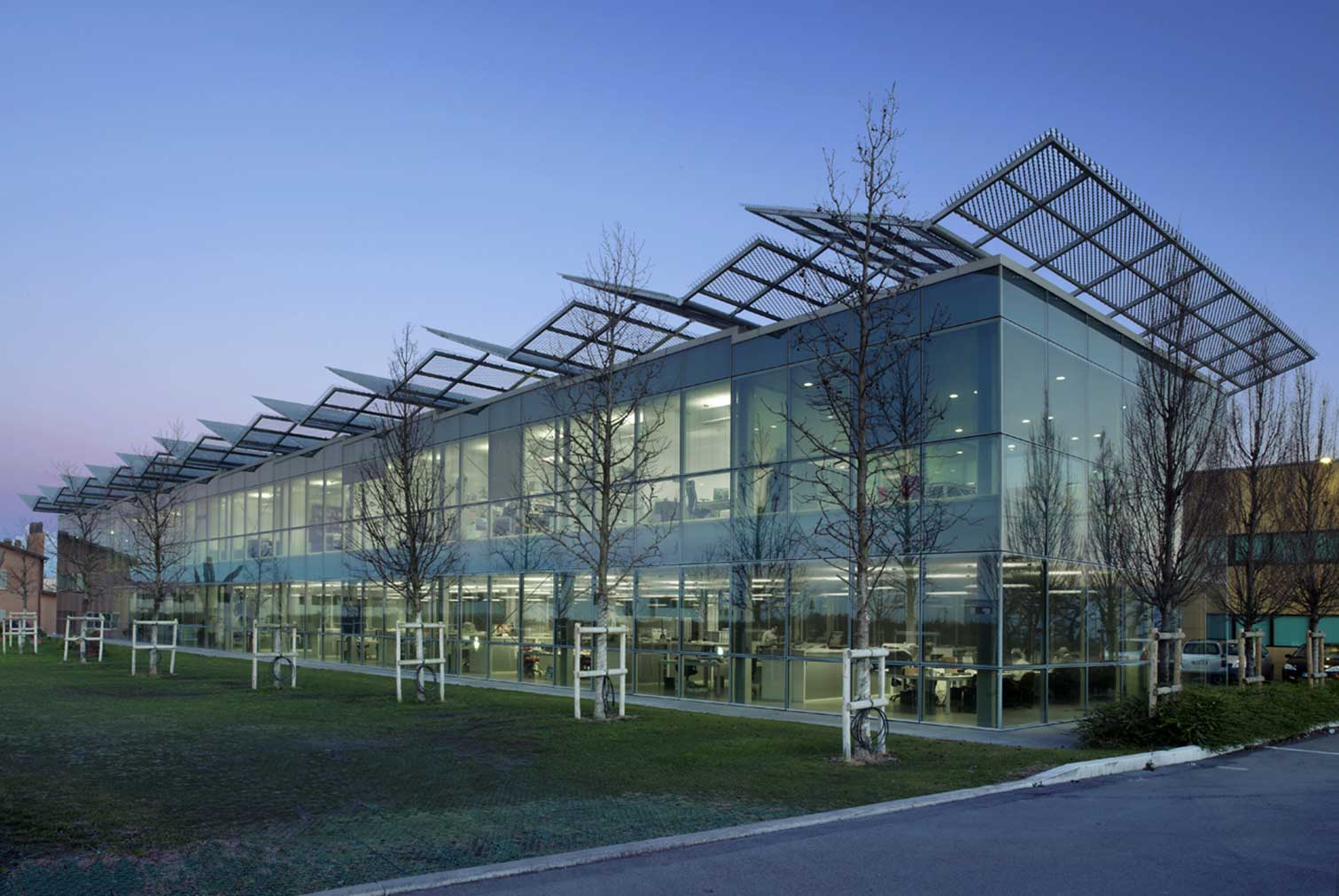 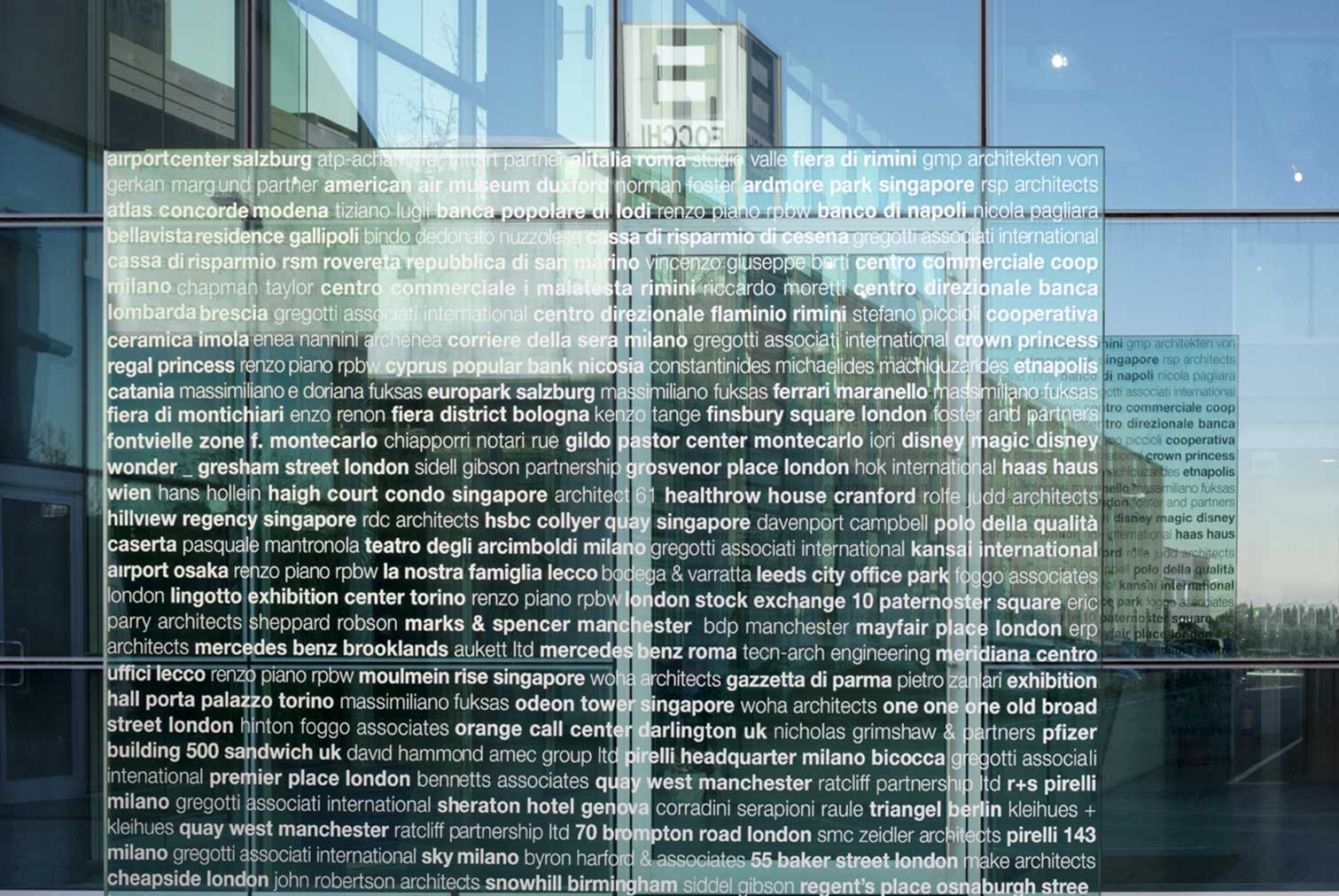 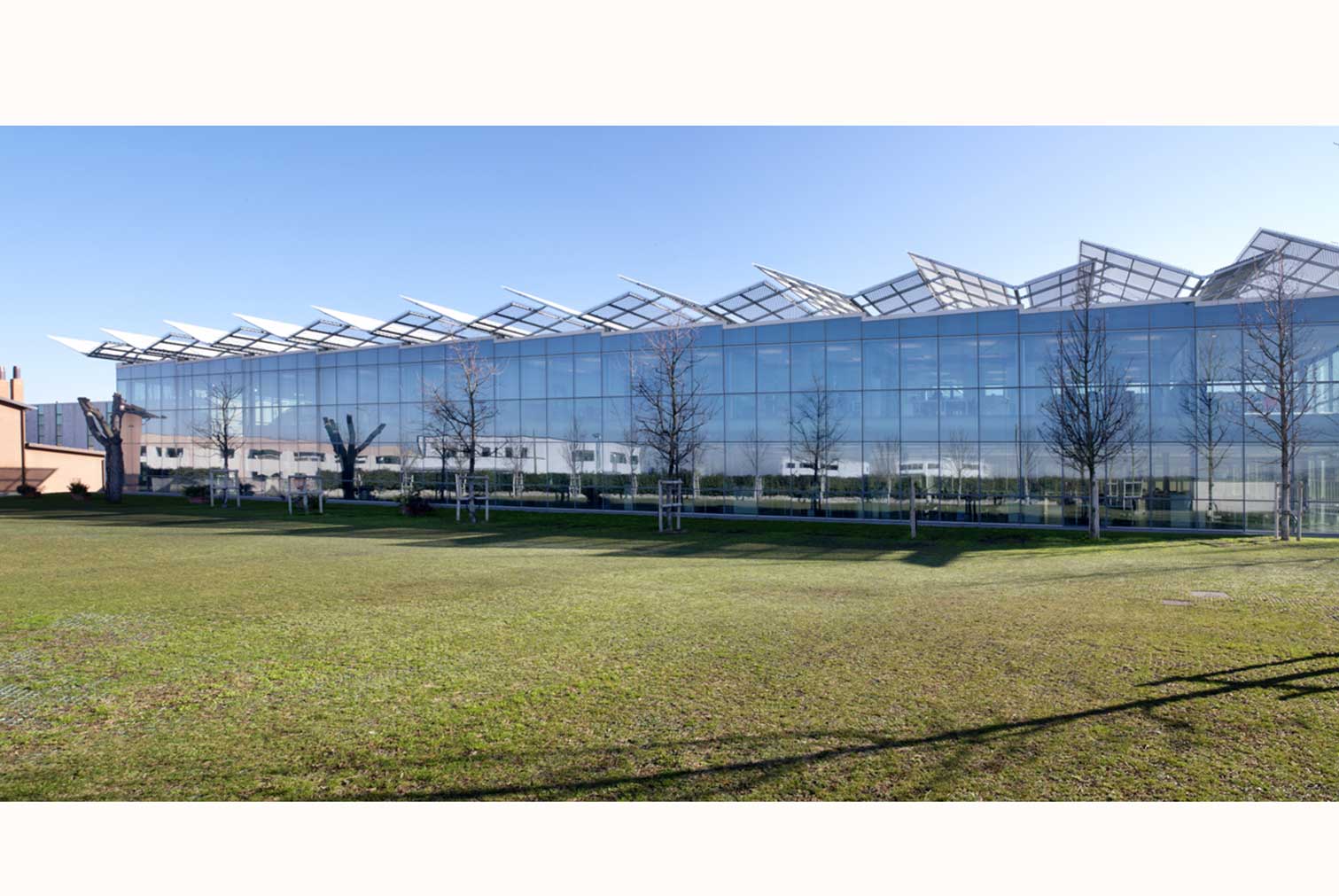 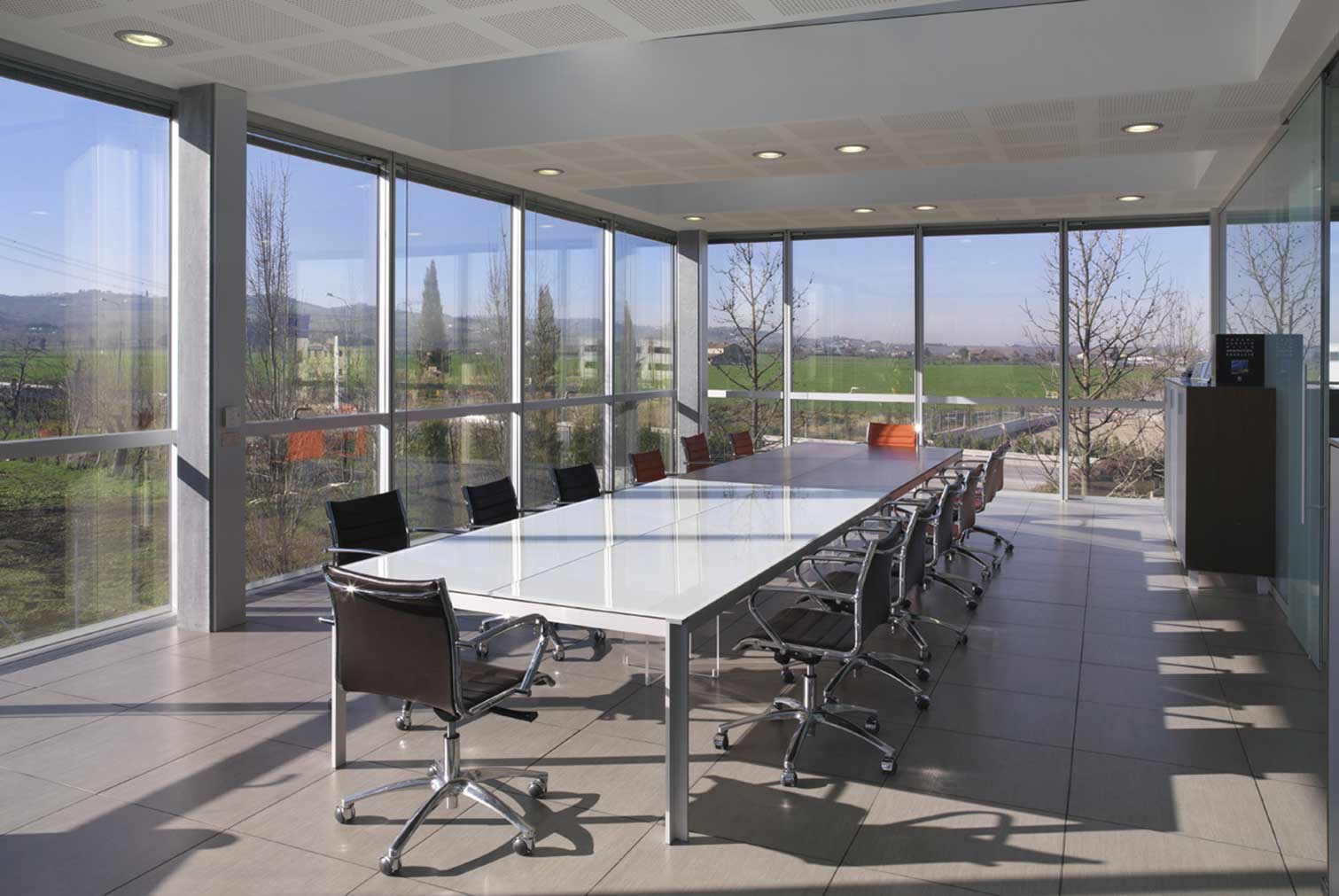 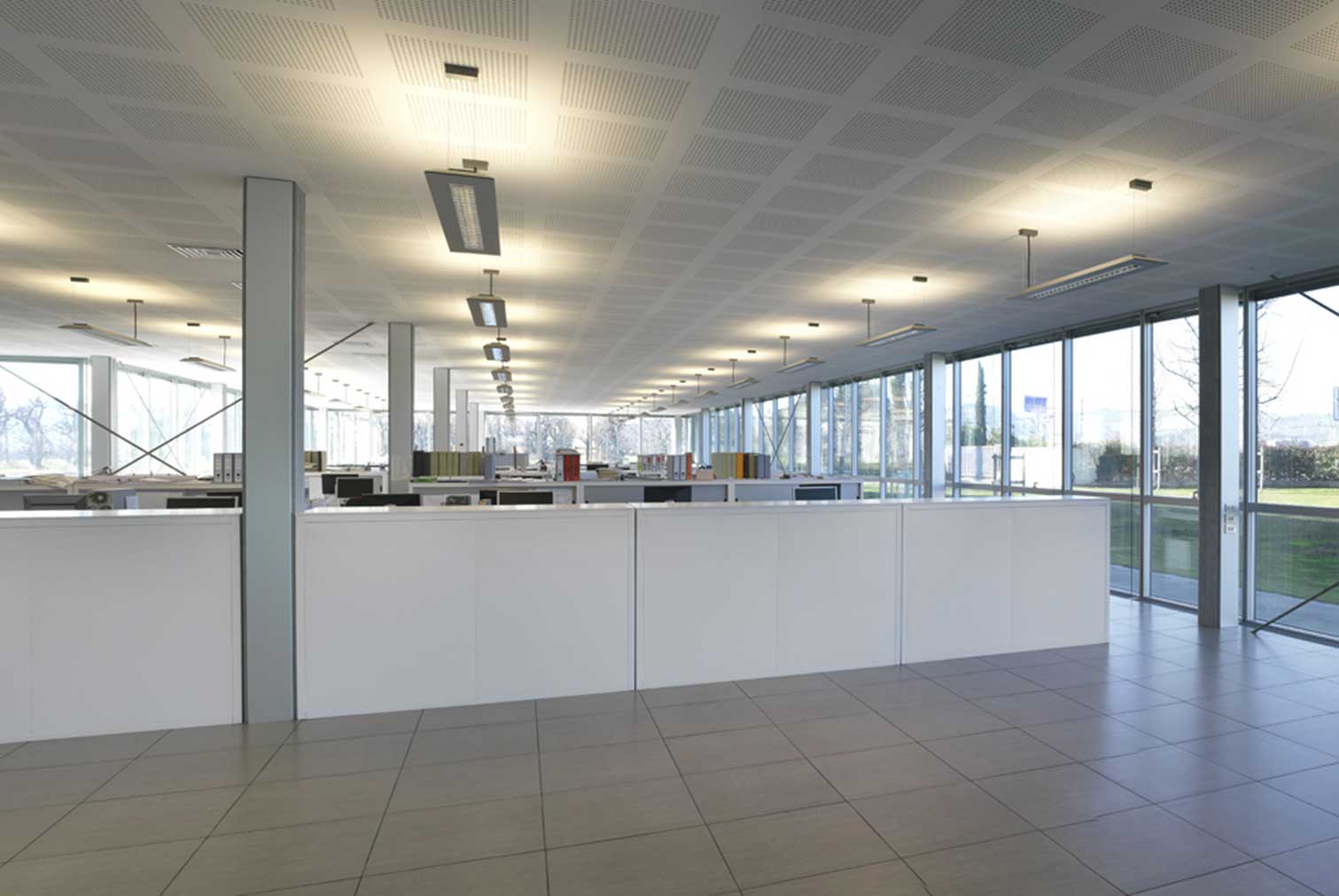 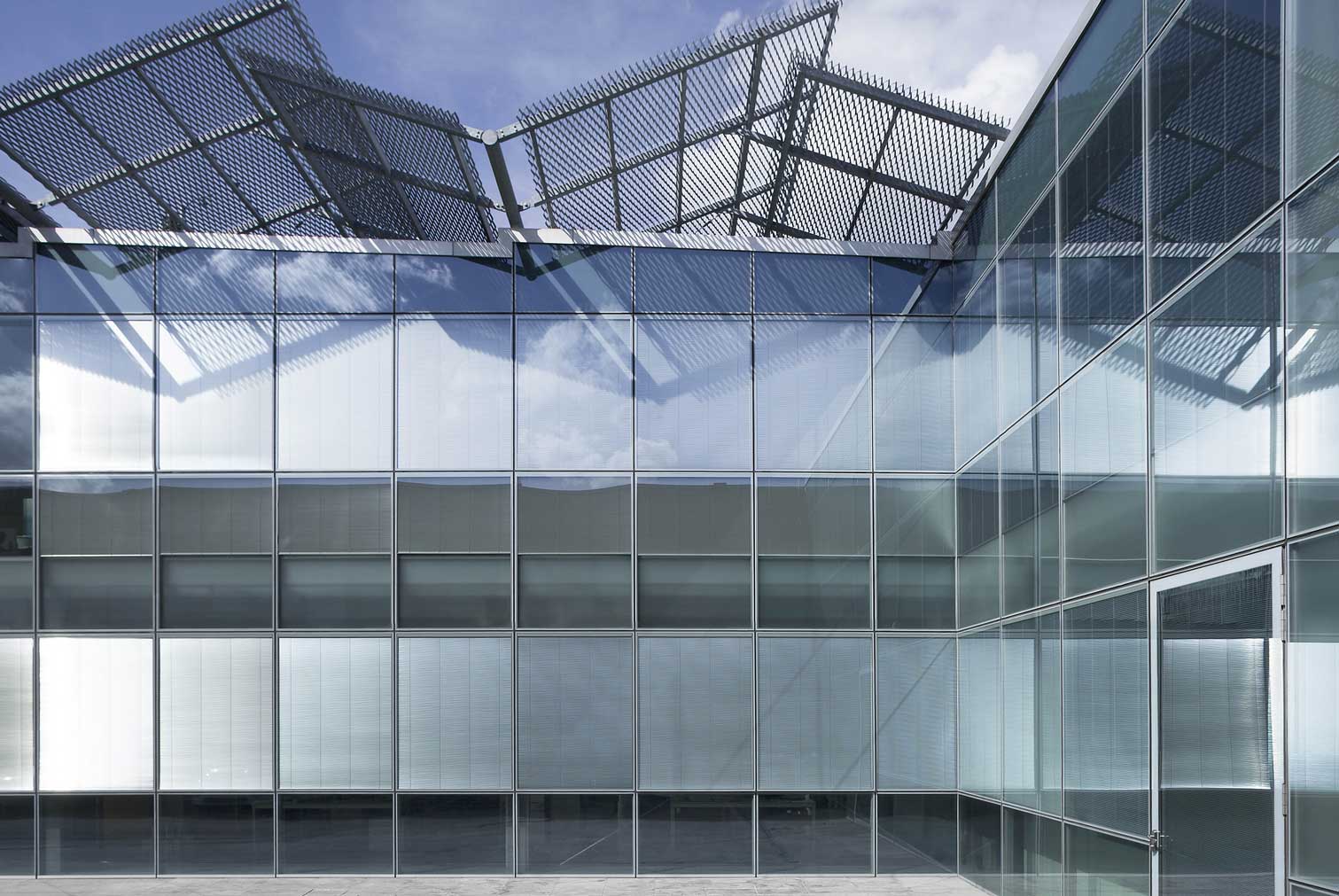 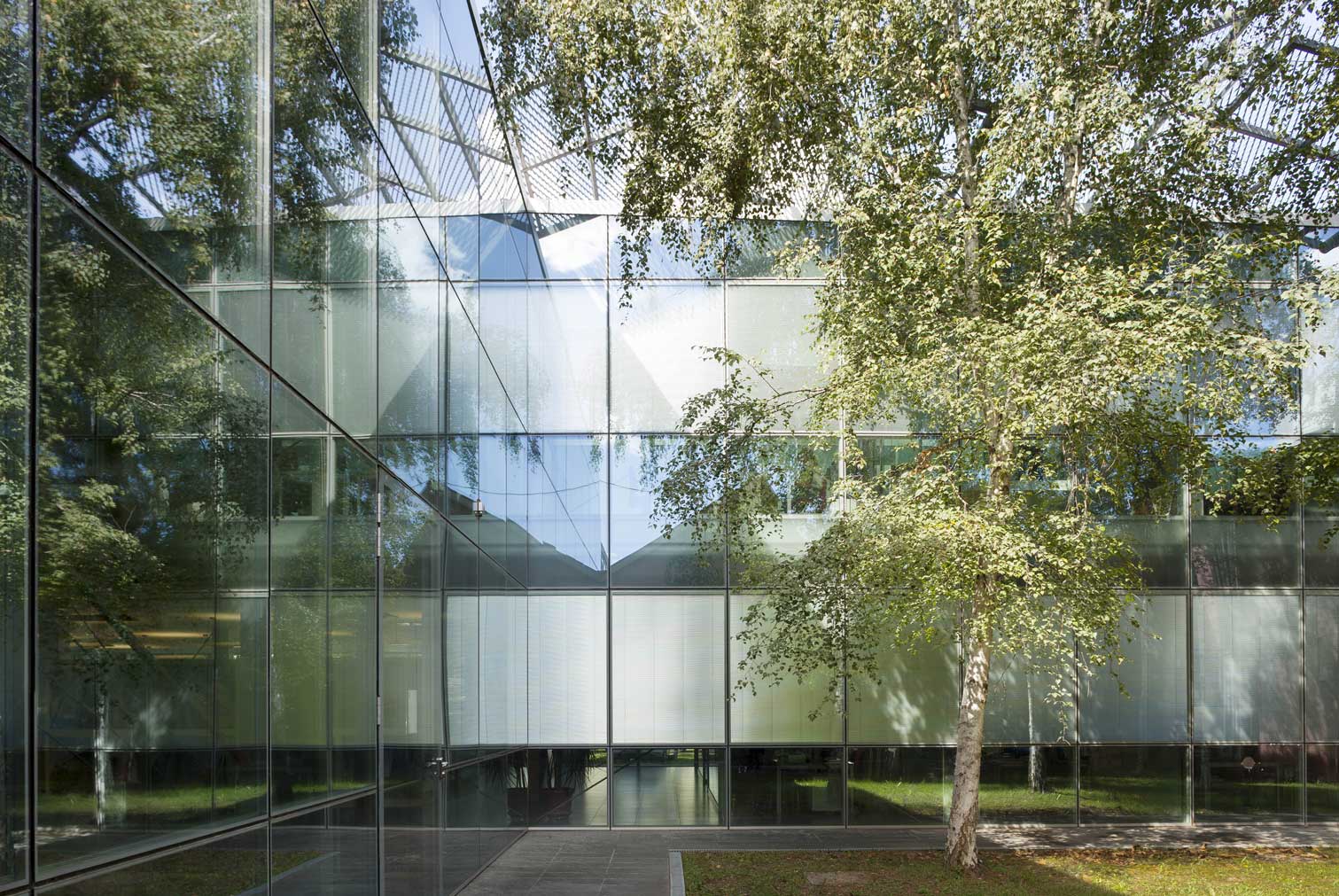 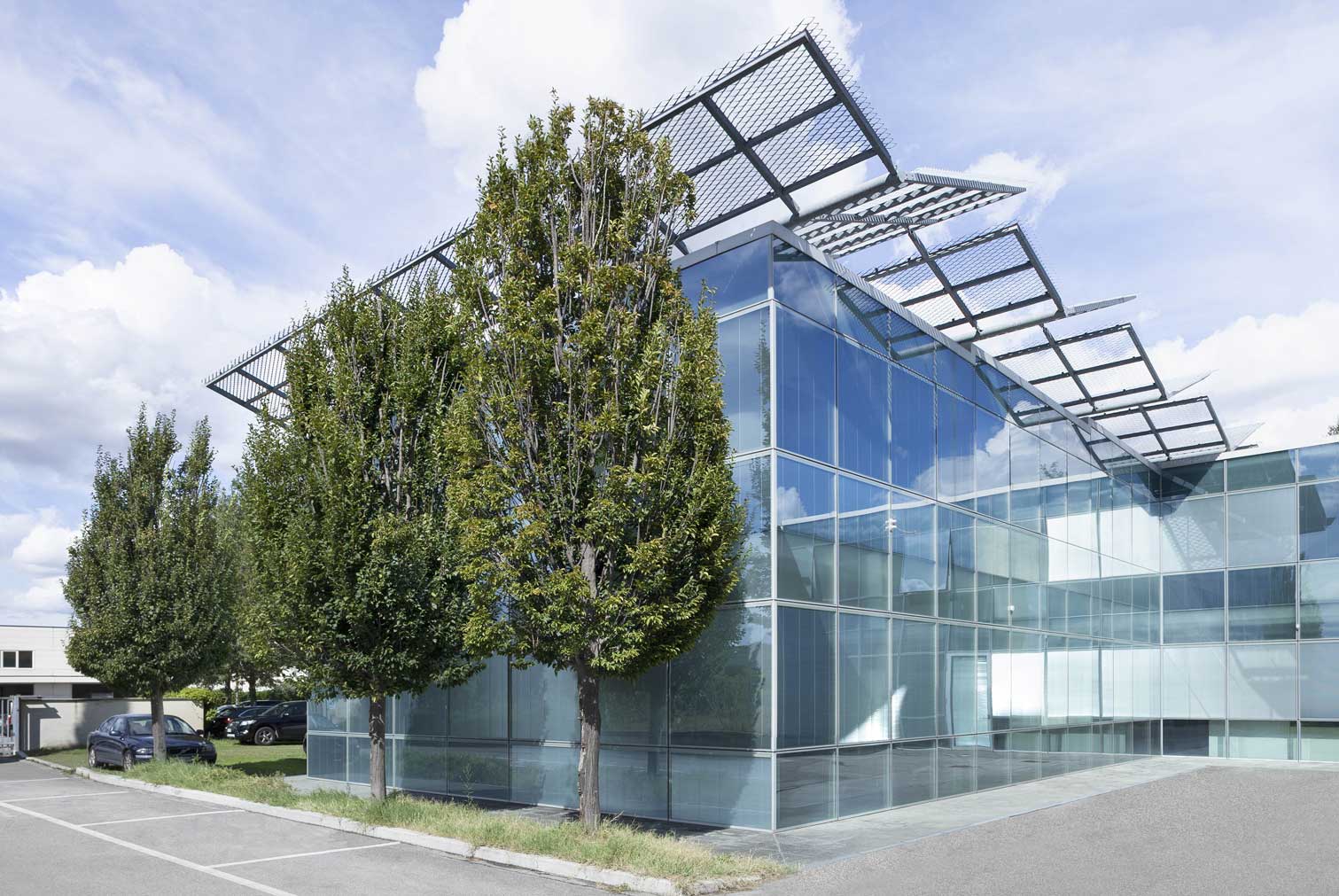 The office building of the Focchi Group Headquarters to relocate executive, administrative, and design services together in a single settlement with the manufacturing plant.
This project is the extension of the existing building with a single transparent volume. Constructed on two levels: ground floor and first floor, the building is designed as two open volumes which communicate visually with the outside. 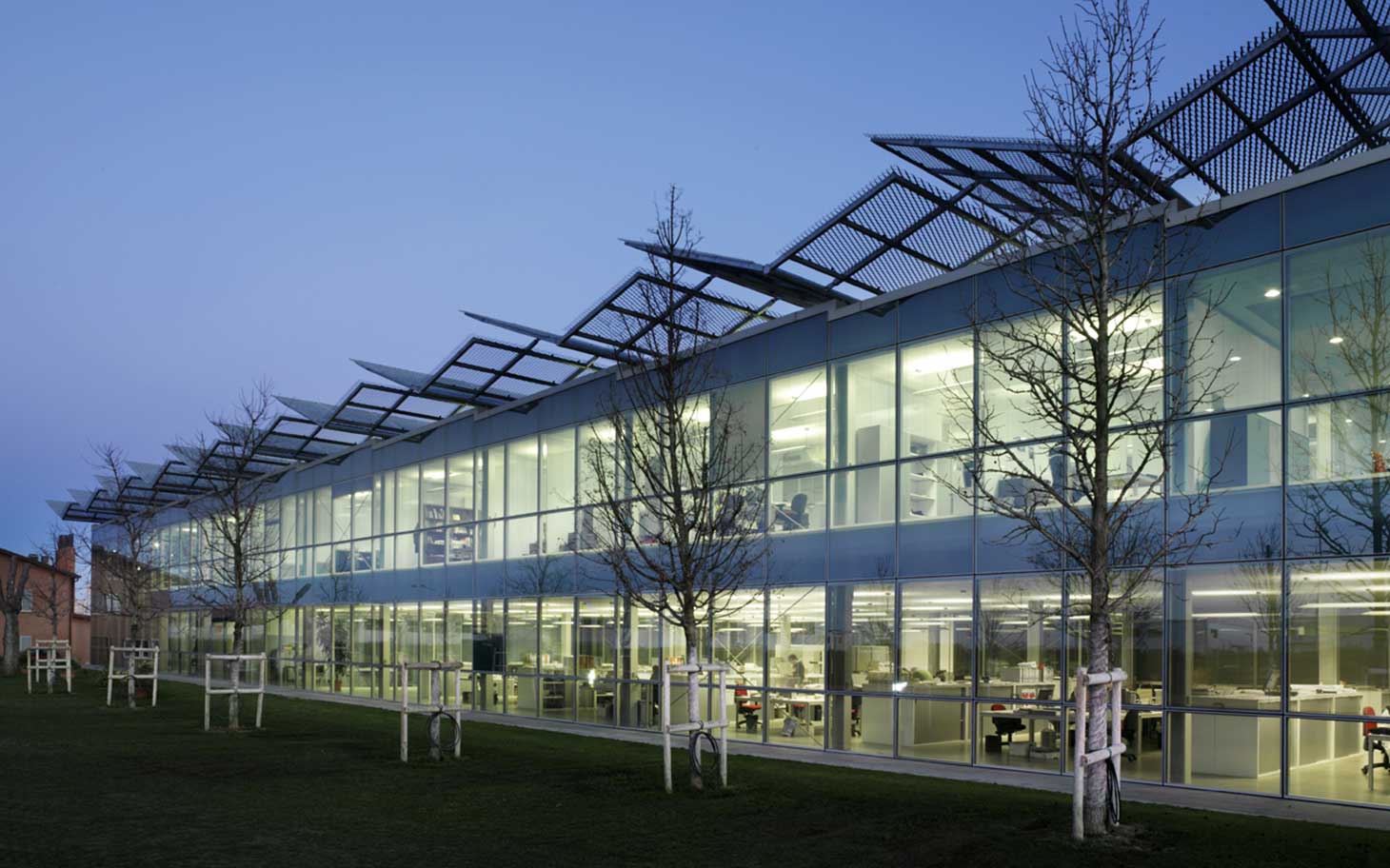 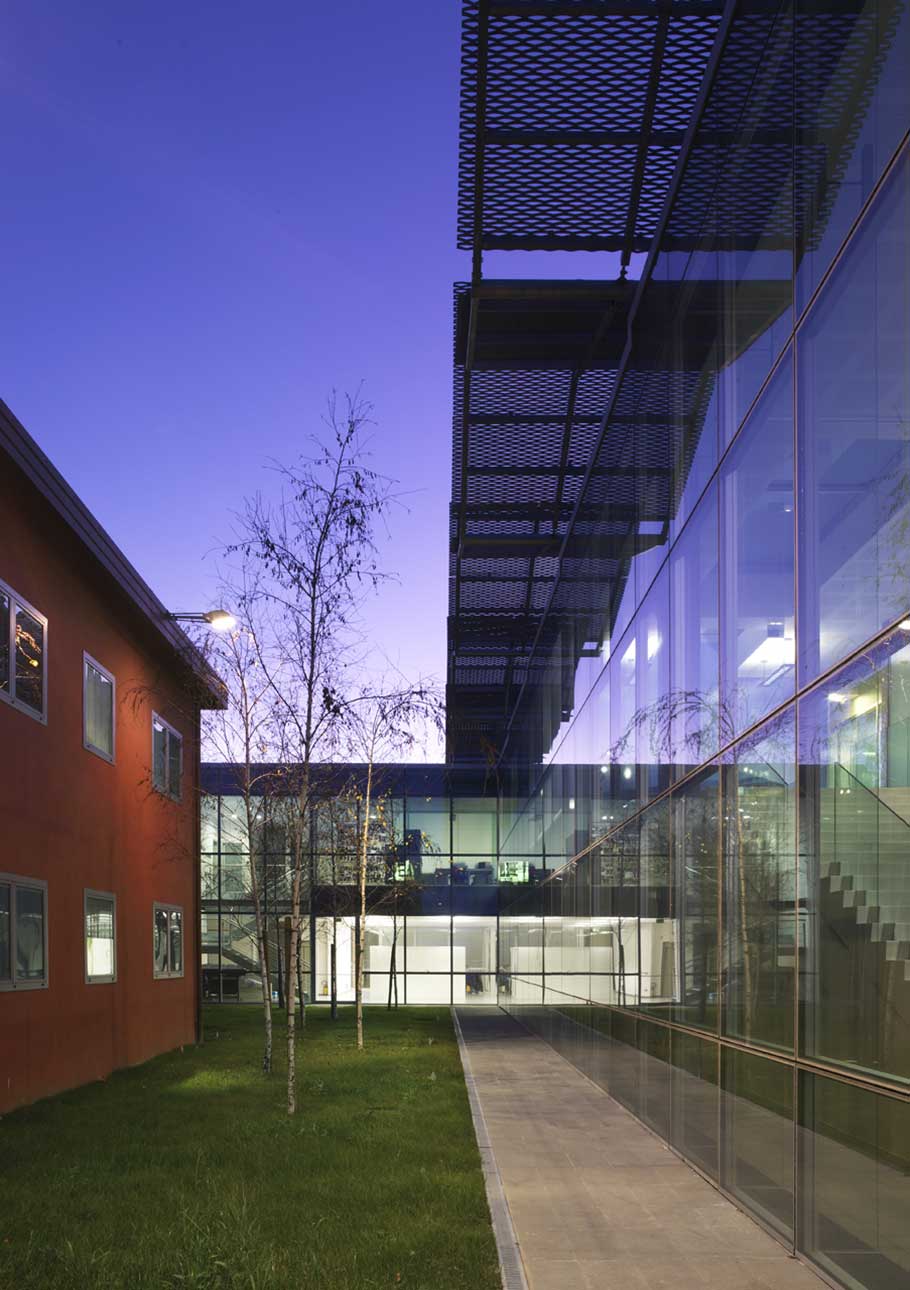 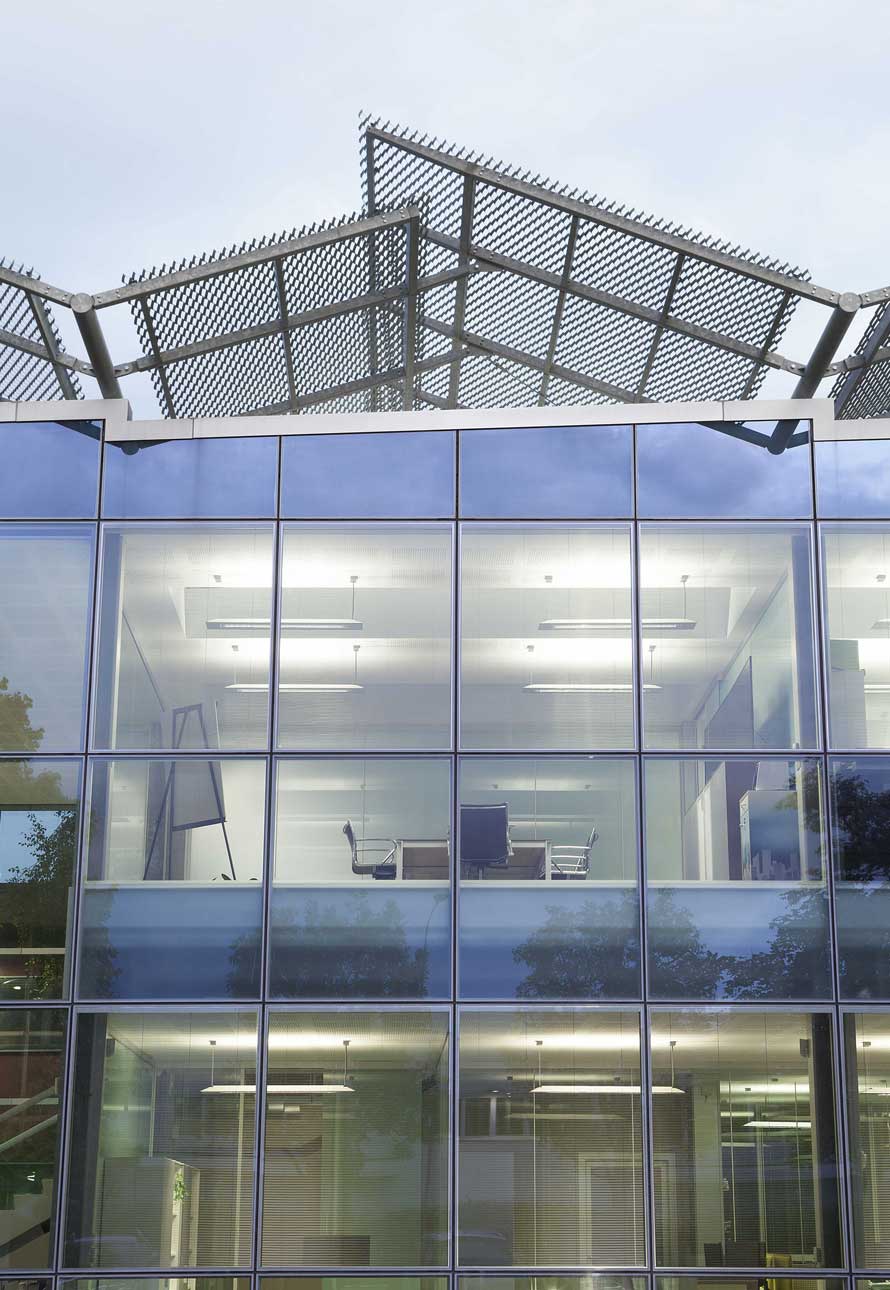 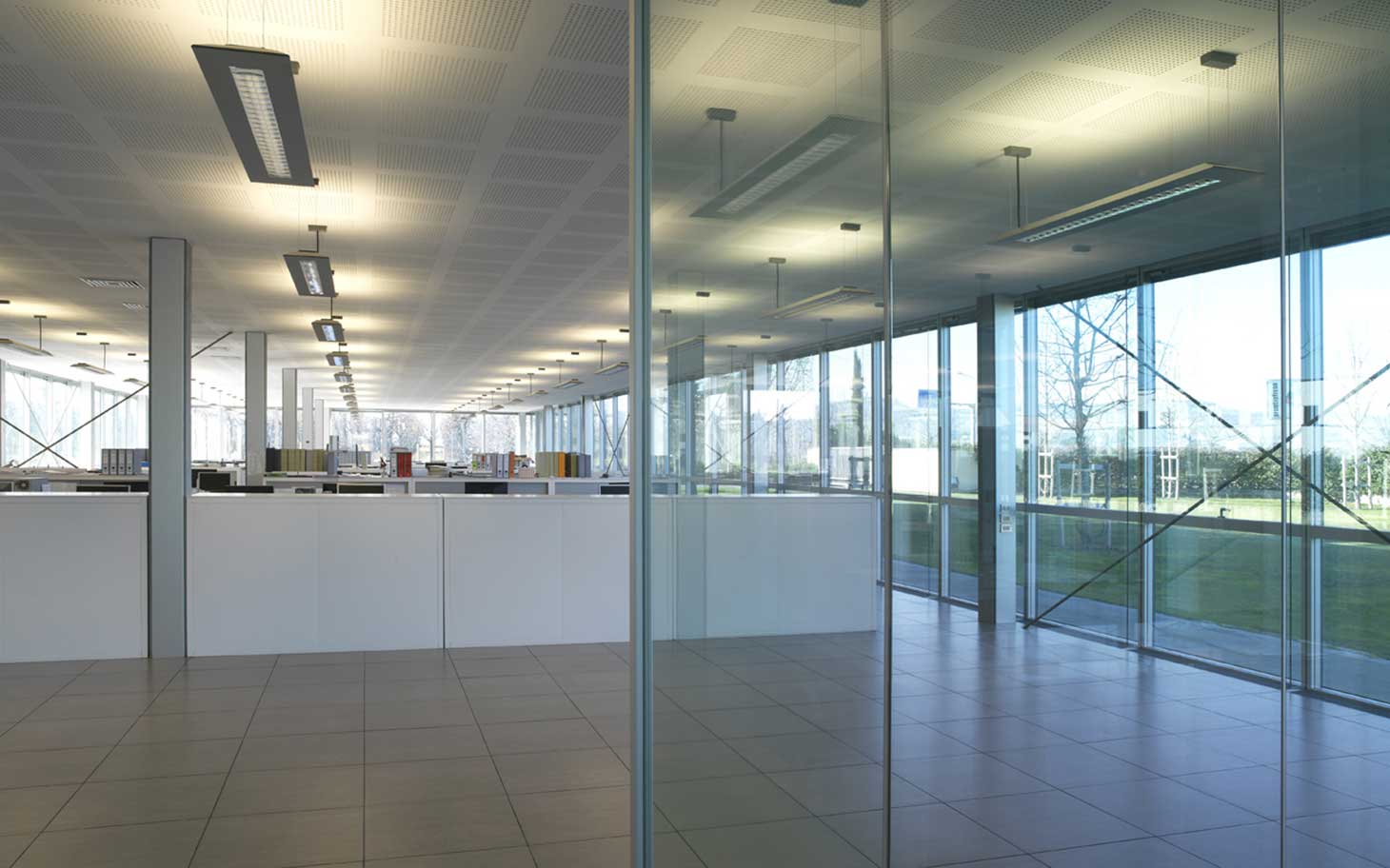